New Exhibit in Special Collections: "Looking Back at the Boise Junior College Library of the 1930s and 1940s" 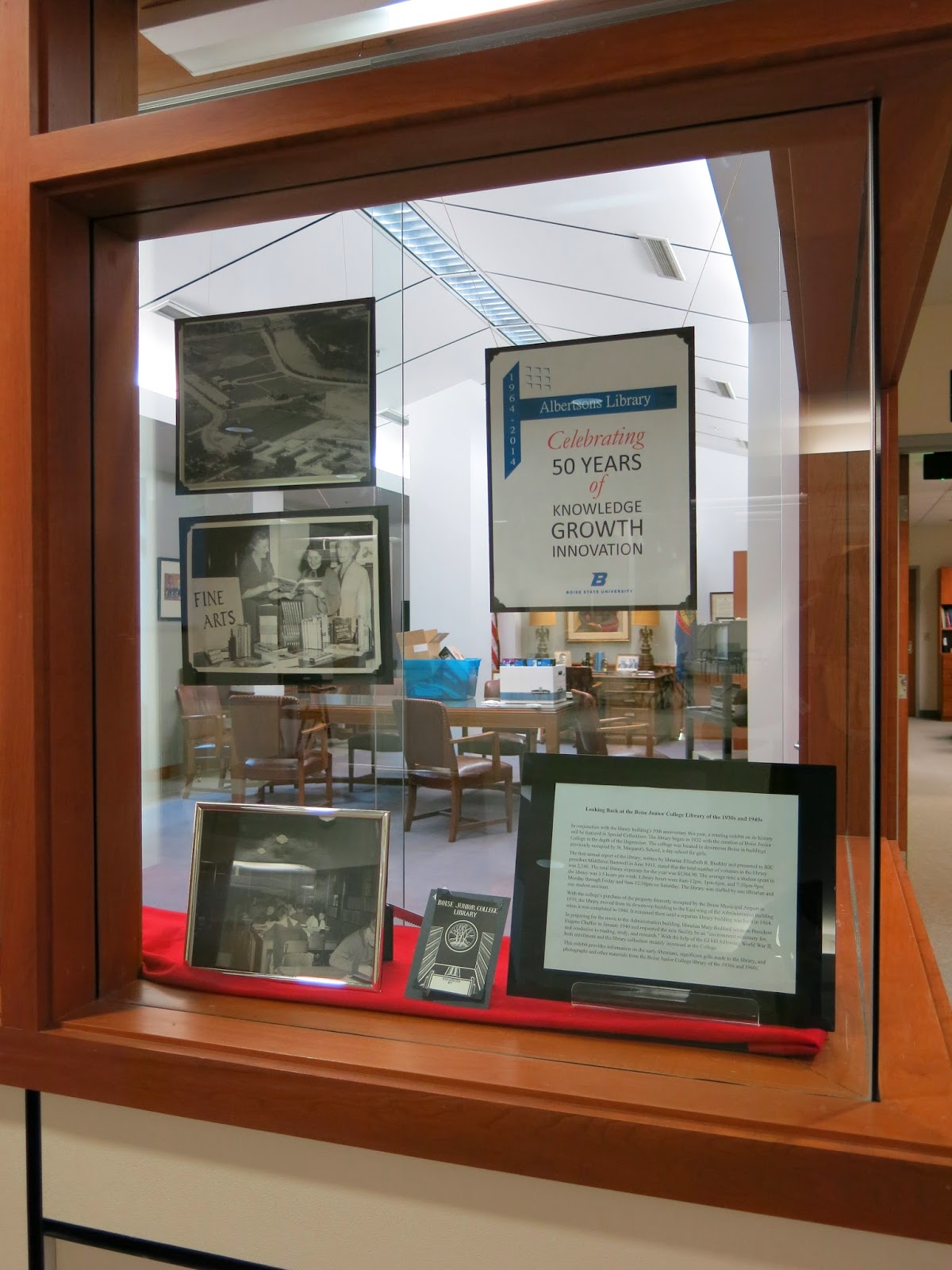 In conjunction with the library building's 50th anniversary this year, a rotating exhibit on its history will be featured in Special Collections. The first exhibit focuses on the early years of the library, with its start in 1932 when Boise Junior College was created in the depth of the Depression. The college was initially located in downtown Boise in buildings previously occupied by St. Margaret's School, a day school for girls. 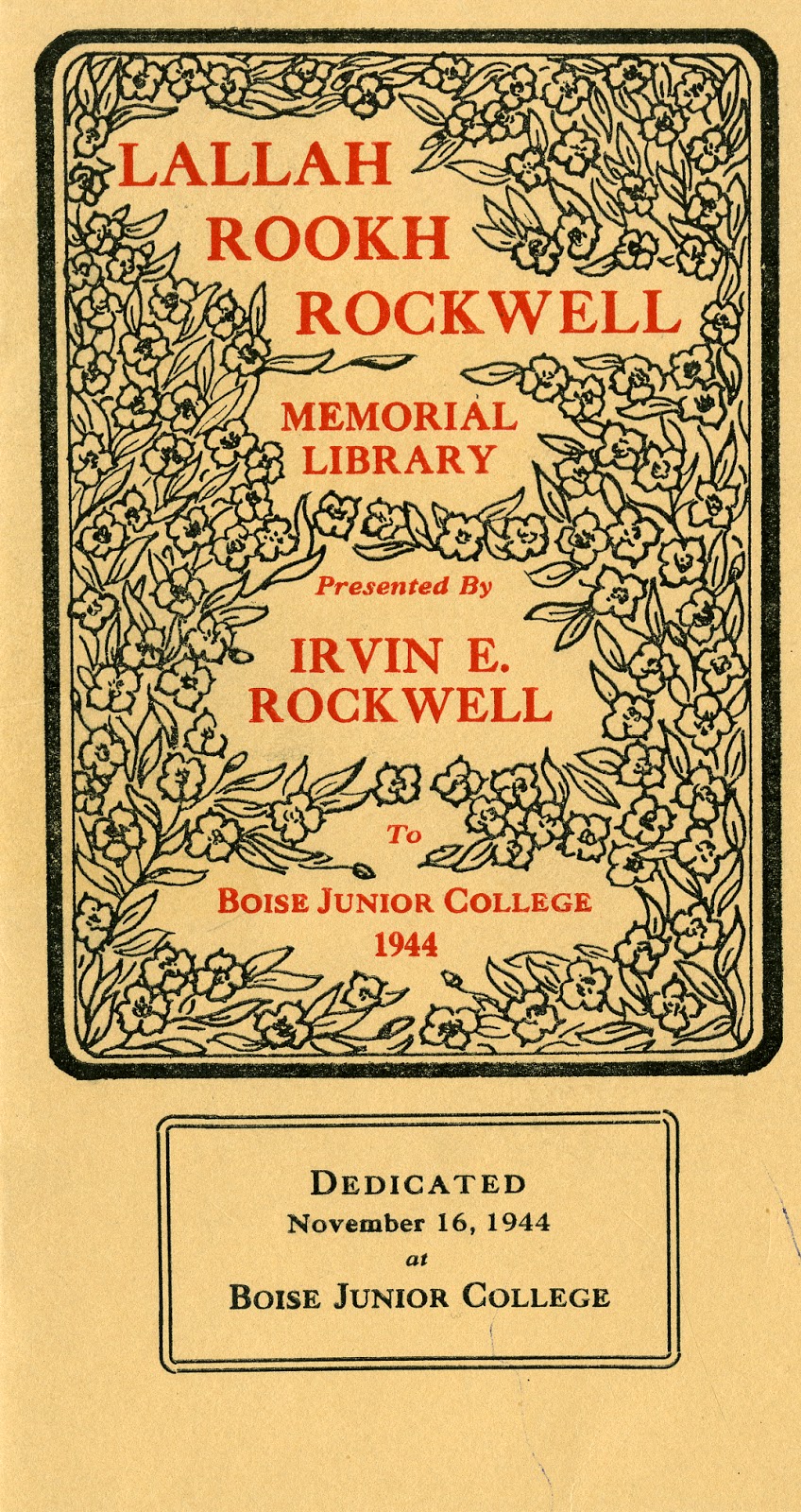 The first annual report of the library, written by librarian Elizabeth R. Buehler and presented to BJC president Middleton Barnwell in June 1933, stated that the total number of volumes in the library was 2,146. The total library expenses for the year was $1384.90. The average time a student spent in the library was 3.5 hours per week. Library hours were 8am-12pm, 1pm-6pm, and 7:30pm-9pm Monday through Friday and 9am-12:30pm on Saturday. The library was staffed by one librarian and one student assistant.

With the college's purchase of the property formerly occupied by the Boise Municipal Airport in 1939, the library moved from its downtown building to the East wing of the Administration building when it was completed in 1940. It remained there until a separate library building was erected in 1964. 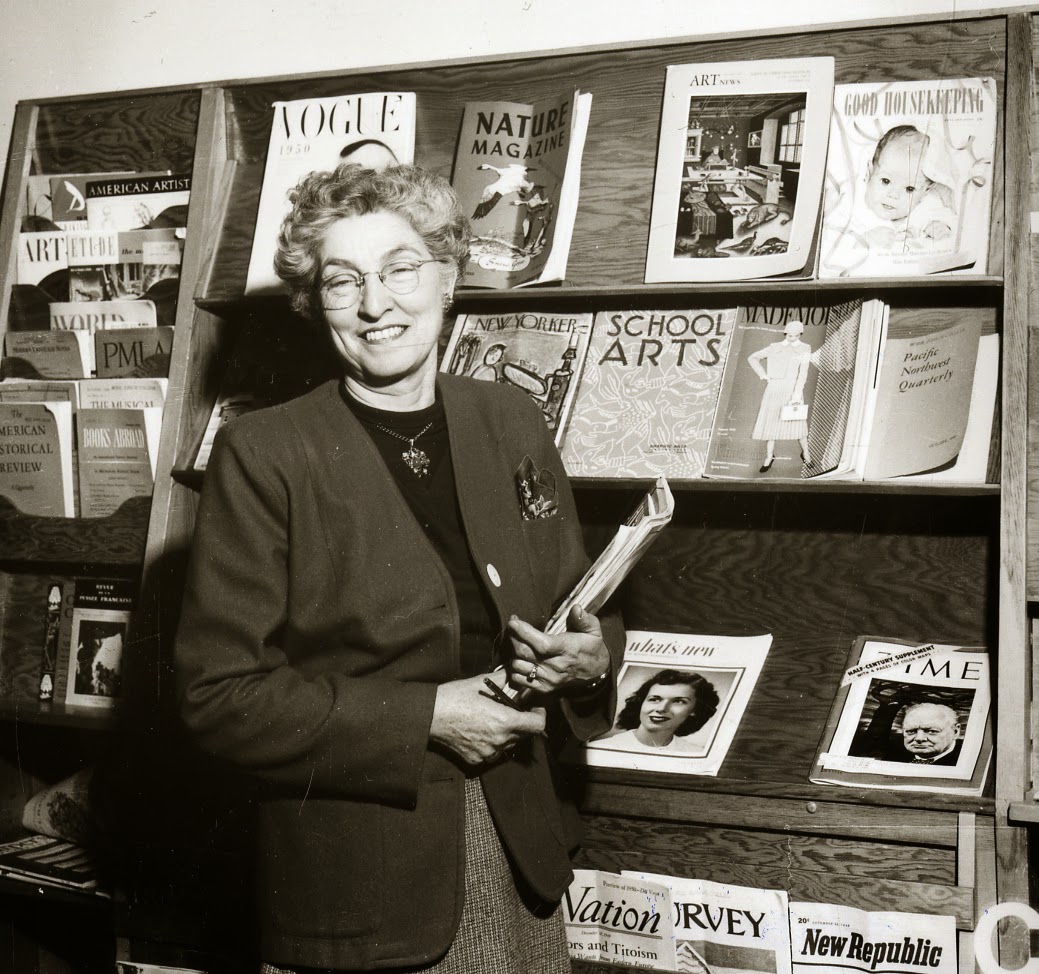 In preparing for the move to the Administration building, librarian Mary Bedford wrote to President Eugene Chaffee in January 1940 and requested the new facility be an "environment necessary for, and conducive to reading, study, and research."

Bedford, who served as librarian from 1937 until 1953, oversaw two significant acquisitions to the library collection. The first occurred in 1944 when former Idaho Senator Irvin E. Rockwell gifted his glass-encased private library to Boise Junior College in memory of his wife Lallah Rookh Rockwell. The dedication ceremony for the gift took place (program cover displayed here) on November 16, 1944. The volumes included in this gift are still in the library today.
The same is true of the second significant acquisition that occurred in the late 1940s. This came from the return of a Boise Junior College English professor, J. Roy Schwartz, after being in London on sabbatical leave for six months. Schwartz conducted research at several libraries in England and also purchased about 40 volumes of rare books to bring back for the library's collection. The gift included a 1669 edition of Fables of Aesop and Other Eminent Mythologists with Morals and Reflexions which is housed in Special Collections today.
The exhibit, which includes photographs, correspondence, and annual reports from the 1930s and 1940s, will be up through October.

This blog post is the fourth in a series, produced in coordination with the celebration of Albertsons Library’s 50th Anniversary.