Kids in the Archives!

One of the great parts about working in an archives is that you get to work with not just the academic population but the general public. A few weeks ago we were contacted by a Montessori school about bringing in a small group of kindergartners. They were studying maps and wanted to look at historical maps of Boise. One of the teachers wanted them to learn that maps aren’t always located in an electronic or mobile device. 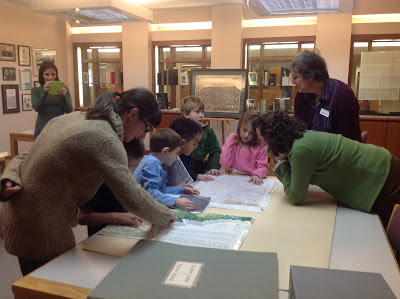 In our collection, we have historic maps going back to 1890, one year after Idaho became the 43rd state. That map was hand drawn by Augustus Koch and gives a “birds-eye” view of Boise, including when the Boise River forked into two then merged together, near what is now Julia Davis Park. 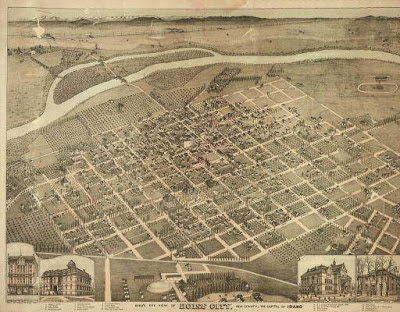 The kindergartners were amazed that someone drew that map long before even their grandparents were born. They enjoyed trying to find the streets they lived on and only a couple could find their street back to 1910. They also looked at raised relief maps and had fun examining where the mountain ranges were. As a parting gift, they received a photocopy of a 1938 aerial photo of Boise showing where their house is, though most of the photographs showed only farmland. Overall, teachers, kindergartners, and archivists all had a good time!