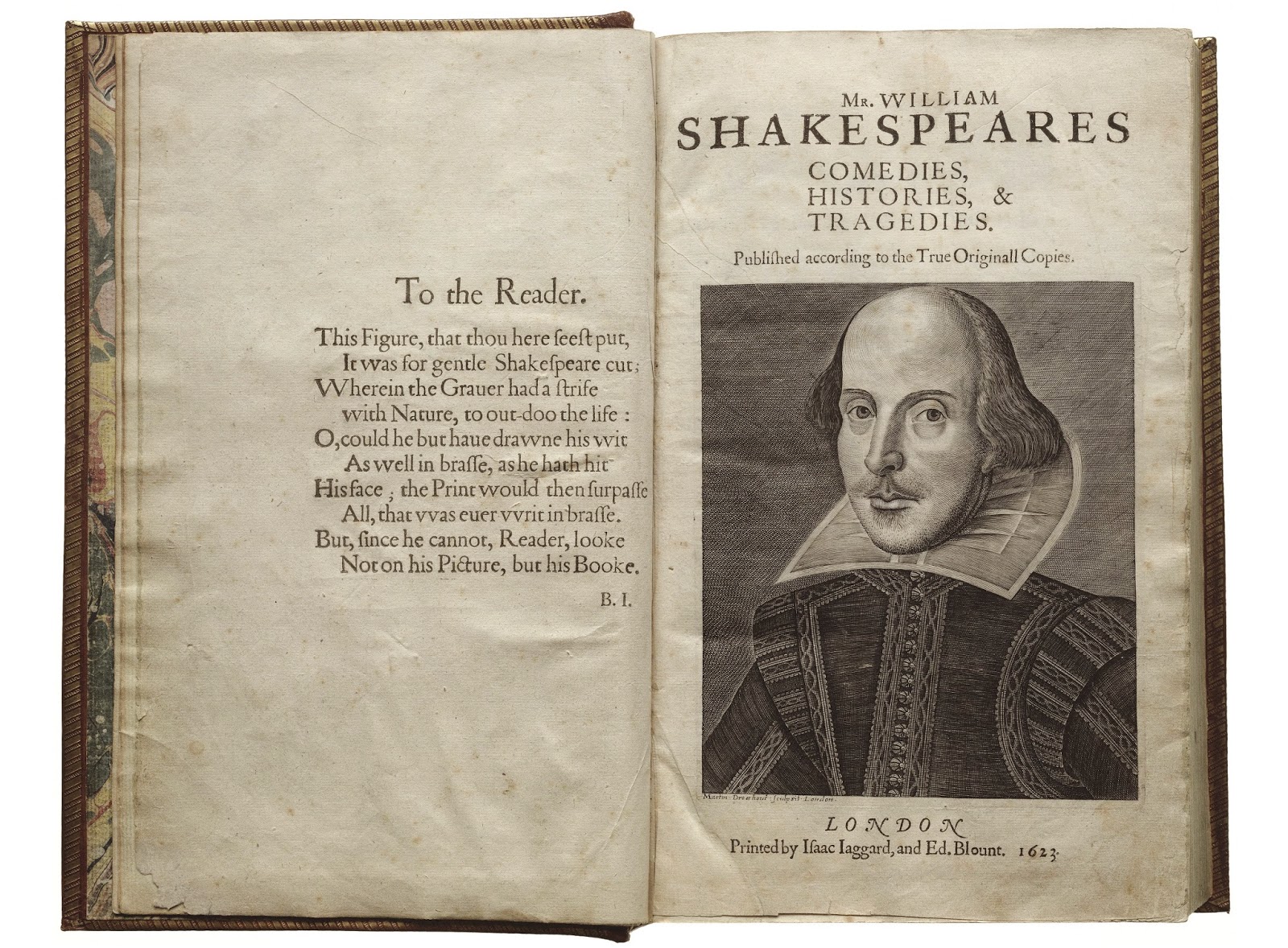 Breaking News: We’re bringing one of the most famous books of all time to Boise State in 2016! Boise State University was selected as Idaho’s only stop on a national tour of Shakespeare’s First Folio—the original 1623 edition of the collected works by Shakespeare.

From August 20 - September 21, 2016 you’ll be able to stop by the Arts and Humanities Institute Gallery in the Yanke Building (http://ahi.boisestate.edu/gallery/) and see a copy of this historic book. The exhibition marks the first time Shakespeare’s Folio has ever been on display for the public in Idaho.

18 of Shakespeare’s plays that we know today including Macbeth, Julius Caesar, and Twelfth Night probably would have been lost to us without the First Folio. The book was compiled by two actors in Shakespeare’s company after the playwright died; about 750 copies were originally printed, and only 233 copies are known to exist today.  The Folger Shakespeare Library in Washington D.C. holds 82 copies of the First Folio, and in honor of the 400th anniversary of Shakespeare’s death in 2016, they are sending copies of the Folio to every state and to Puerto Rico beginning in January 2016.

During the exhibition, the First Folio will be opened to the most quoted line from Shakespeare’s Hamlet, “to be or not to be.” A multi-panel exhibition exploring Shakespeare’s impact, then and now, will be accompanied by digital content and interactive activities. Albertsons Library and the Arts and Humanities institute will also collaborate to create an exhibit celebrating the Idaho Shakespeare Festival’s 40th season in 2016.

Until then, we’ll be working with the Idaho Shakespeare Festival, the Boise Public Library and other local organizations to create a series of First Folio events for all ages while the exhibit is in town.  We’re so excited about this amazing opportunity for Boise State—if you have any questions or ideas, send them to librarian/archivist Gwyn Hervochon at gwynhervochon@boisestate.edu.
Posted by Memo Cordova